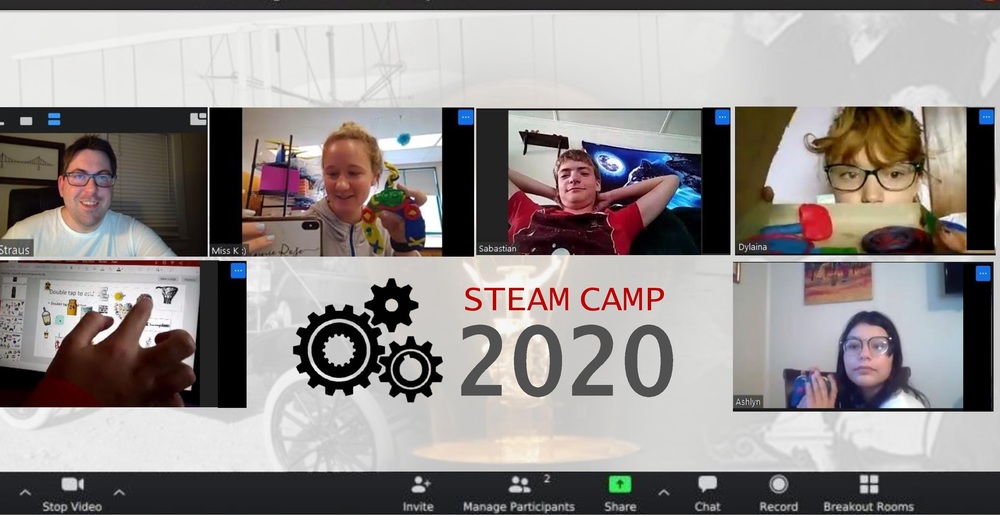 The fact that Salamanca’s City School District completed its third annual summer STEAM Camp amidst the COVID-19 pandemic is a tribute to the value of teacher innovation and community relationships.

“One of the goals of STEAM Camp is to help bridge the gap that exists between school and summer break,” said STEAM Coordinator Aaron Straus. “These hands-on activities allow them to get immersed in a variety of different science and technology experiences that will prepare them for the academic school year.”

The STEAM Camp program was started in 2017 when Salamanca teachers saw a need to connect the disciplines in a non-traditional school setting.

“Teachers of all different subjects got together in a room with post-it notes after school, not sure where this journey would take us,” Straus said. “We put all our ideas on the board and from there, the vision for STEAM Camp was born.”

In past years, campers completed thematic activities such as examining Ohi: yó River water samples with microscopes, programming robots, and building remote control cars for competition. This year, due to COVID-19 closures and safety regulations for school, the district had to think outside the box to deliver the same level of quality programming.

“River kayaking and ecology hikes have been a cornerstone of our STEAM Adventure Camp since its inception,” said Gene Jankowski, high school science teacher. “Just like in previous years, we brought the American Canoe Association to facilitate our third annual staff training on kayak safety in preparation for camp. However, we were not comfortable bringing student groups on the river due to the new safety regulations passed down to us in July from Albany.”

With four weeks to go until camps were scheduled to start, Salamanca schools were determined to offer summer programming for their students and looked to distance learning alternatives that could replicate the experience from home.

“Our team researched virtual trips, simulators and other solutions as possible replacements for the in-person experiences,” said Straus, who also holds a degree in Virtual Instruction. “Options like these are great for skill-based distance training such as high school labs, but none of the current solutions could capture the magic of actually getting on the river or soldering a physical part on a robot that students built and programmed for competition.”

Then it occurred to the STEAM Camp planning team, why not ship the camp to students?

“The National Inventors Hall of Fame museum is a not-for-profit organization that also ships STEM activities directly to students’ homes,” Straus said. “I thought, ‘STEAM kits shipped directly to the students’ homes? That is exactly what we need.’”

In the Design Thinking STEAM Camp, campers learned the value of their creativity as they brought their biggest ideas to life.

Not all the distance learning camps were created in partnership with the National Inventors Hall of Fame. Inspired by the cross-curricular foundation of STEAM Camp’s past, Seneca Intermediate teachers Amy Witman and Brook Skiba developed a distance-learning music and art camp.

Students used kit supplies delivered to their homes to build and paint their custom ukuleles while they learned basic notes and created an original song.

“With its relative ease of playing and availability at low-cost, ukuleles are a great way to learn basic music theory,” Skiba said.

According to Computer Science teacher, Dr. Graham Hayes, the capstone of the camp was Flight Lab, where children explored the principles of flight with the assistance of robots.

“The campers’ imaginations soared as they constructed paper planes, gliders, and hand-copters. They also had great fun, purposely taking apart one of the two robots they were provided.”

“Some of my favorite highlights were getting to facilitate hands-on flight experiments with students and getting to see how excited they were to be learning,” Kostrzewski said. “Many of them told me how they want to come here next year, which showed me how enthusiastic they were for the STEAM Camp and just for learning in general.”