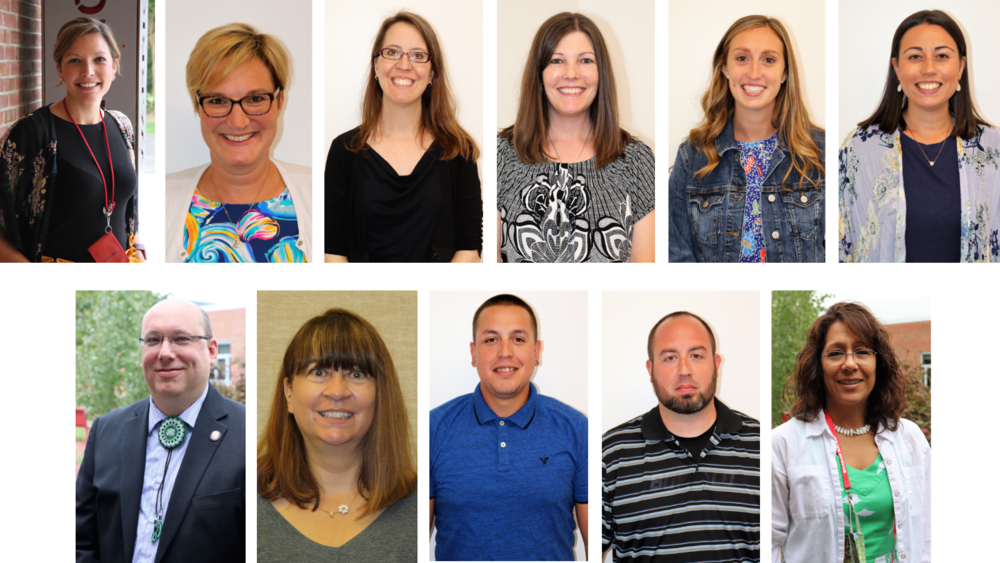 New Seneca Intermediate principal Nikki Beaver started with the district in April. She comes from her hometown of Randolph, where she taught at the elementary school level for 10 years

She has earned degrees from SUNY Fredonia and Western Governors University, as well as state teacher certification from the University of Rochester.

She is married and the mother of five young children.

Joining Beaver at Seneca Intermediate is Lisa Brosnick, a computer technology teacher. She comes from North Collins, where she taught for 25 years. Before that, she was a teacher at Mount Mercy Academy in Buffalo.

She grew up in West Seneca and lives in Eden. She attended SUNY Buffalo and earned a bachelor’s in biology and master’s in science.

Lisa was inspired to pursue a career in education by her mother, who was a second-grade teacher.

“I basically grew up in a classroom,” she said. “I always loved science and decided early on that I wanted to teach science.”

She enjoys traveling, snorkeling, hiking, reading, and rooting for the New York Mets. Her family has two large dogs, three cats, and a turtle.

Cammarano comes from Stafford County, Virginia, where she taught for 14 years. She grew up in Wilson, NY and attended SUNY Potsdam for elementary education.

Asked what inspired her to pursue a career in education, she said: “I’m pretty sure it was written in my DNA.”

In her free time, she enjoys meditation, crafts, plants, and time with her family and dog Oscar.

Borowiak, a kindergarten teacher, has been a substitute for many districts over the past four years. She is from Great Valley and attended St. Bonaventure University for elementary education.

“My own love of learning made me very passionate about teaching,” she said.
She enjoys working out and spending time with family and friends.

Atteberry comes from Hinsdale, where she taught kindergarten and Pre-K. She is a Salamanca native who earned a degree in elementary education from St. Bonaventure University.

As an educator, she is inspired by “teachers of mine who left a positive impression on me.”
She enjoys walking, camping and boating in her free time.

White is a speech teacher who has taught at numerous regional schools for more than 20 years. She is from Rochester and attended the University at Buffalo for speech pathology.
She said she has “always enjoyed working with children, and I liked the science of speech development.”

In her free time, she enjoys hiking, skiing, bicycling, and gardening. The outdoor activity opportunities in the area drew her to Salamanca.

Chanda Grey is the new Native American counselor at the high school. She is from Kill Buck, and earned degrees in psychology and counselor education from St. Bonaventure University.

She started her counseling career at Salamanca (1999-2004). She has also worked in Las Vegas and Florida.

“I always loved learning and helping people,” Chanda said when asked why she chose education as a career. “I had several teachers throughout my years at Salamanca that inspired me as well.”

In her free time, she enjoys reading, boxing, exercising, and shopping.

Schapp comes to Salamanca after serving several executive administration roles for the Seneca Nation, including Chief of Staff. Before that, he worked as Chief Operations Officer for a multi-million dollar company.

A Warriors alumnus, Schapp grew up in Jimersontown and Lives in Red House. He attended Syracuse University, Michigan State University, and Oklahoma University’s College of Law.
His mother, who worked for the Salamanca school district for many years, “encouraged me to apply my administrative know-how to assist our wonderful educational community,” he said.
In his free time, Schapp enjoys reading, Dungeons & Dragons, playing lacrosse, cooking, and taking part in a variety of outdoor activities.