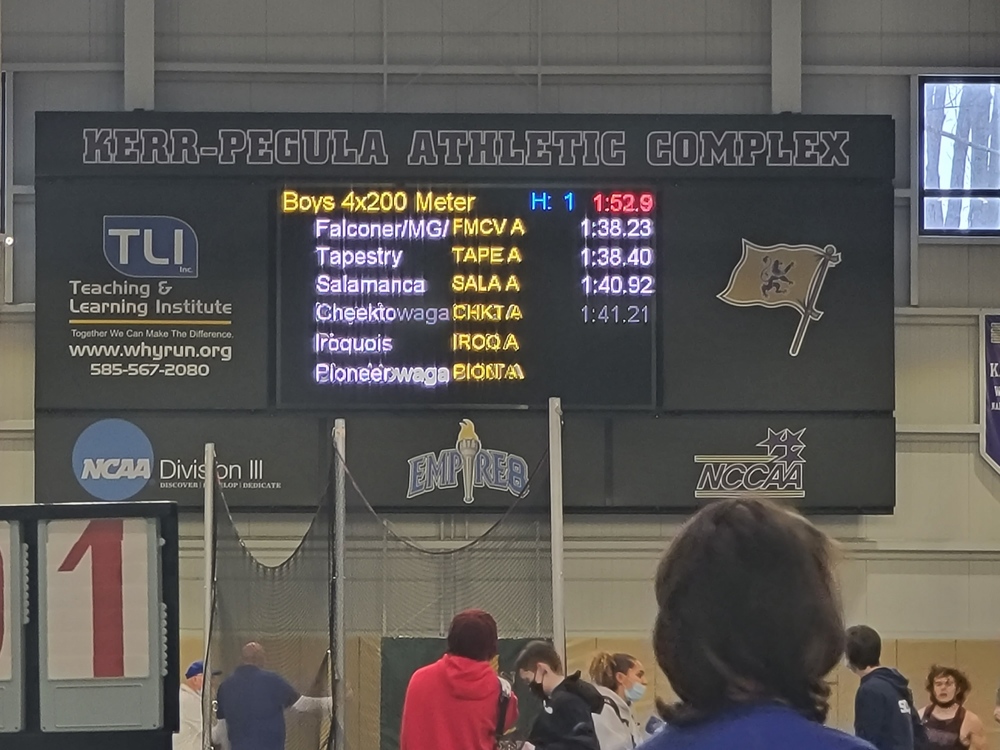 Salamanca girls placed 9th overall in the Team sectional championships at houghton. We were missing 5 key kids today due to sickness and family commitments and I know that would have made a big impact on where we could have placed. For the kids who participated we had a great day. Our hurdlers set the tone with Harley Brown Taking 5th with a season best of 11.01. Michaelynn Lecceardone followed with a 7th with her best 11.18 taking almost a second off. Both girls have been working on 4 stepping between hurdles and they both had great races today. Brown had her best again in the 300 dash with 9th place 49.22 and Lecceardone was 7th in triple jump 26-11.50 with another best.

Ryanna Brady , the teams top distance runner as a freshman, placed 4th in the 1000 run 3:44.59 and also ran the 1500 taking 5th 5:51.69 with her personal best. Ryanna does so much training on her own and everytime she takes the track she is expecting big things.

Gahsenide Hubbell was the teams only thrower today. She threw for 9th in the weighted throw 18-03.25 and 11th in the shotput with 20-03.5. This was Gus’s first year and the hard work she has put in has really impressed me.

Jillian Rae will compete next week in the section 6 championships in the shotput. The 4 x 800 relay of aliyah Lee, Sierra Haynoski, Ryanna Brady and Harley Brown will also be competing for one last attempts to better their times and distances. 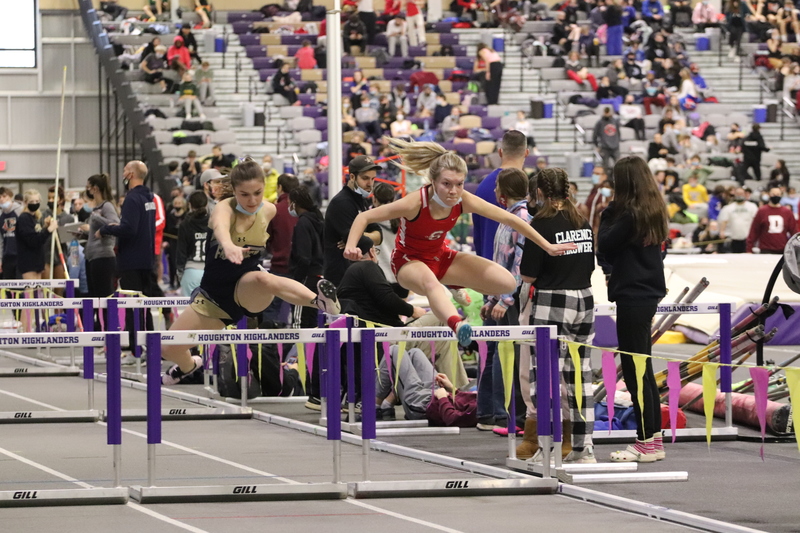 The Salamanca Warriors made the trek to Houghton College on a snowy Saturday to compete in the Section 6 Team Championships. In this meet there were three divisions, small school, medium schools and large schools. In the inaugural year for the indoor track and field team the boys would place 6th out of 11 schools in the small school division. The Warriors were hot on the track as they earned personal bests in every track event that they were entered in. The 55 meter dash was the first event on the track for the boys. Jason McGraw and Archer Newark both sprinted their way to PRs and 7th and 8th place respectively. Jason ran 7.15 and Archer a 7.16. Both focused on block work during the week helping them to run their best times of the year.

The next athlete on the track was our 8th grader, Jesse Hill in the 600 meter run. Jesse was battling nerves prior to his race, but through proper pre-race warmups and sheer determination Jesse would take three more seconds off his time. He placed 7th with a time of 1:38.98. Teammate Arlen Newark ran in the same event but the heat after Jesse. Arlen ran consistently in all three laps of the race and fought off two close competitors from Depew and Fredonia on the final stretch. In doing so he ran another season best with a time of 1:28.30 and would become the Section 6 Small School Division Champion. At the long jump pit, Arlen earned a 5th place with a jump of 18-04.25. The final event for the boys was the 4 x 200 meter relay. They have spent a lot of time during the week and pre-race working their handoffs. Once again, the work and determination would pay off for Jason McGraw, Jorden Ambuske, Arlen Newark and Archer Newark. They were able to knock another two seconds off their time, 1:40.92 which earned them a third place in the small school division. It has been an exciting year in this new sport for Salamanca, and the best part is that we aren’t finished yet!

Archer Newark has hit the standard for the 300 meter dash, Arlen has done the same in the 600 meter run and the long jump. The 800 meter relay of McGraw, Ambuske and both Newarks are set to compete as well. It will be a fun week of preparation! 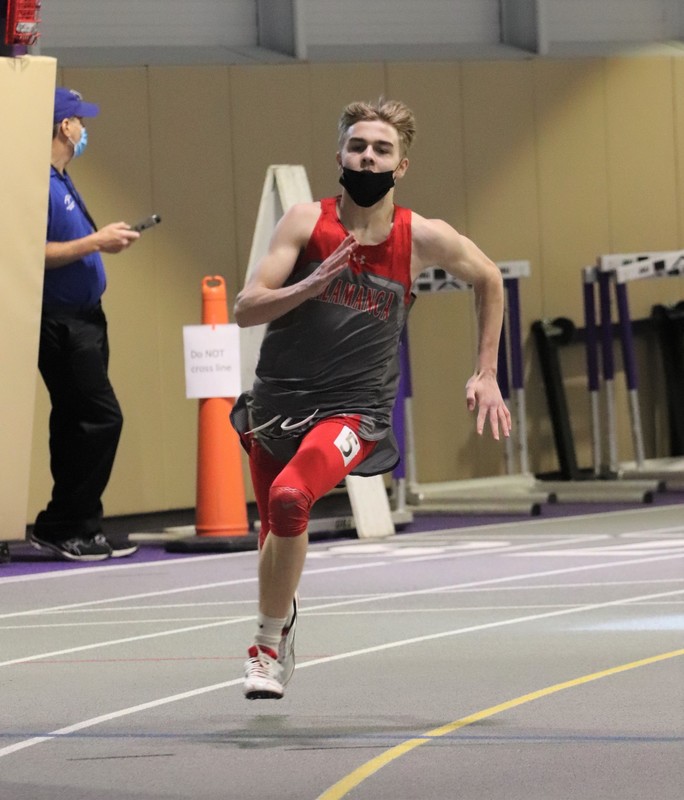