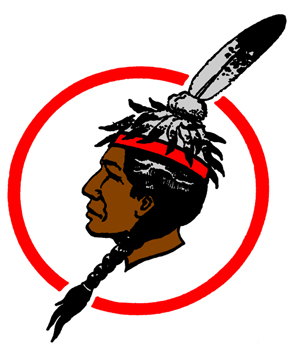 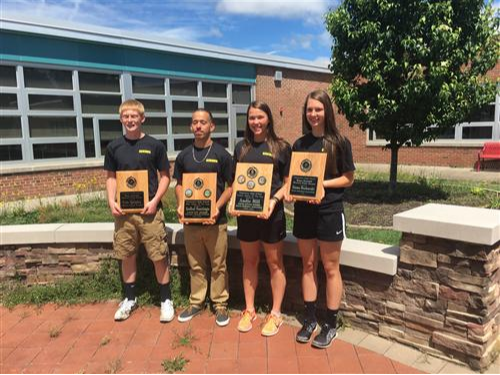 We are proud to announce and recognize the following student athletes. Emma Bocharski and Cole Quigley who were named the Roger Crandall Warrior Pride award winners. Emma participated in three sports, Soccer, Basketball, Track and field while Cole also participated in three sports - Football, Bowling and Baseball. Cole was also the recipient of the Harry Nelson Baseball Award. Anibal Santiago was named as the Lou Foy Athlete of the Year participating in two sports - Soccer and Track and Field. Andie Hill was named the Anita Oyler female athlete of the year participating in three sports for the Warriors - Soccer, Basketball, Track and Field. Thank you for an outstanding season.

The Roger Crandall Warrior Pride Award honors Mr. Roger Crandall, a coach, physical education teacher and athletic director for over 20 years. This “Warrior Pride” Character and Courage Award is presented annually to one or two multi-sport male or female athletes who exhibit the highest degree of character and courage while competing in athletics.

The Anita Oyler Female Athlete of the Year Award is given in honor of Anita Oyler, who was a physical education teacher, one of the first girls’ coaches, and an overall pioneer of girls’ sports at Salamanca school.

The Lou Foy Male Athlete of the Year Award is named after the late Lou Foy, who was a coach of many sports, the athletic director and teacher at SCCSD for many years.