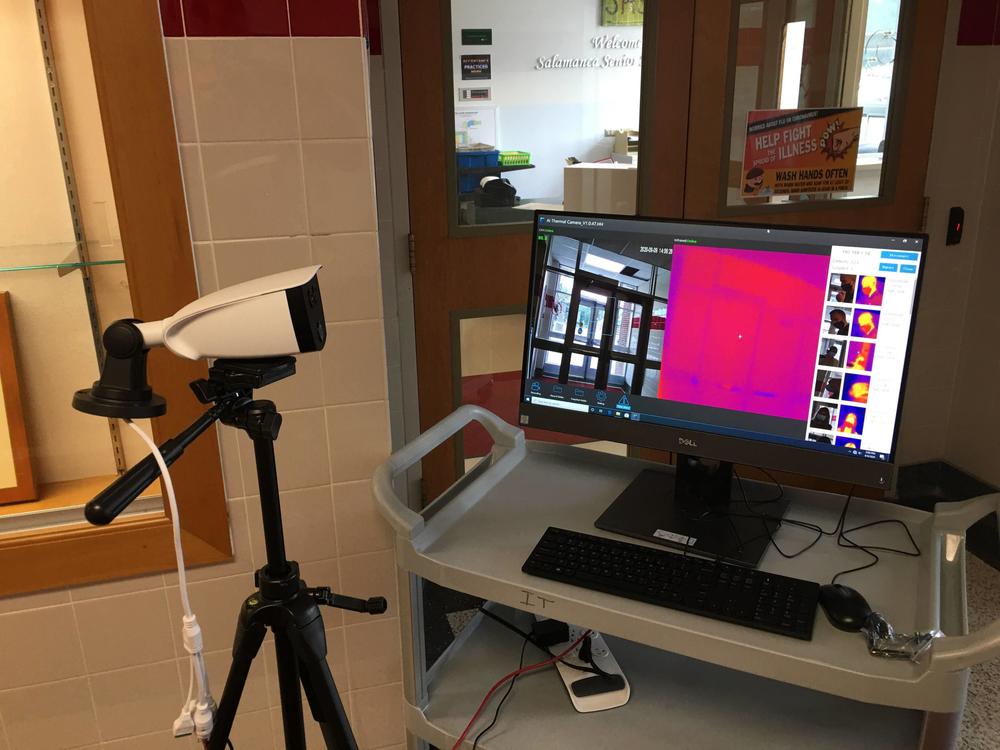 As a measure to protect students and staff in our schools, Salamanca City Central School District has implemented thermal temperature cameras at building entrances prior to the start of the school year.

The cameras quickly and accurately collect body temperature without human interaction and without disrupting traffic flow.

“People do not have to stop by the camera, it scans them as they pass by,” said Rob Miller, the district’s director of technology. “We have one at the main entrance of each building and one for people entering the bus garage.”

If an individual’s temperature is not within normal range, an alarm will sound off. They then will get a second temperature scan by the school nurse to confirm the alert or refute it.

“This system and process is far superior to using the handheld devices that some schools are using because it’s so efficient and it gets students and staff in safely without the congestion and lines that you see with other processes,” said Bill Naab of Ink Labs, the Buffalo company that produces the thermal scanners.