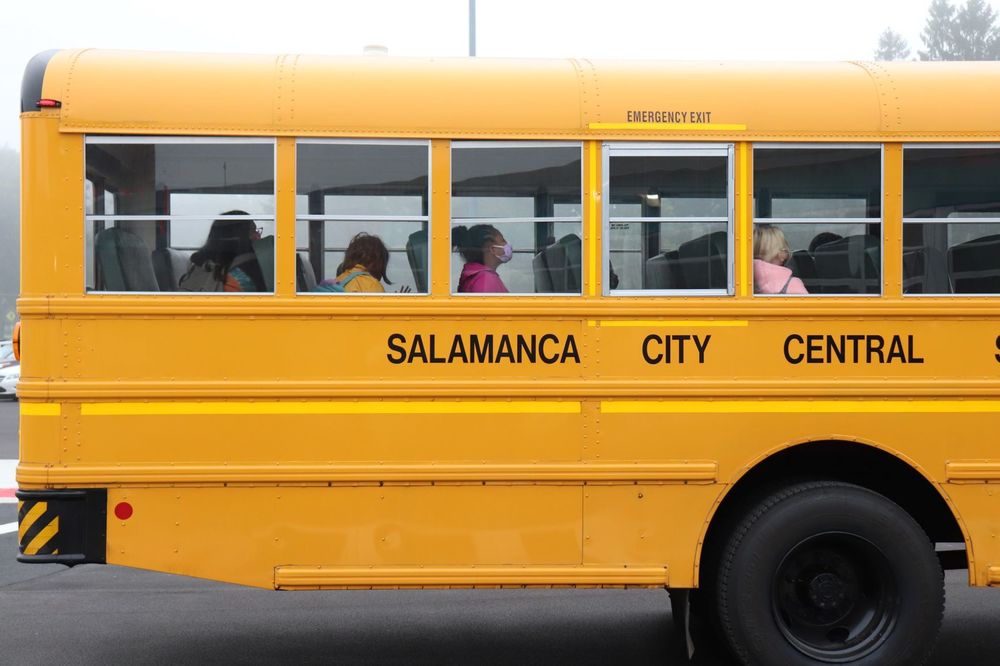 There’s no safer way for a child to get to school than on a bus.

To further protect students, the Salamanca City Central School District transportation department works with local authorities to ensure fellow drivers are following the rules of the road around school buses.

District buses are equipped with video cameras that capture driving activity around them. Since the start of the 2019-20 school year, that footage has been used as evidence by the Cattaraugus County Sherriff’s Department to issue traffic tickets to unruly drivers.

Steve Dombek, the school resource officer (SRO) at Prospect Elementary School and member of the Sherriff’s Department, leads investigations on behalf of the school.

“We show Steve the video,” said Robert Finch, Salamanca’s Director of Transportation. “He lets us know where we stand and tracks them right down. He’s really good at following up.”

“We investigate it to the fullest to determine if the driver deserves a traffic ticket,” he said.

Bus drivers, monitors, and sometimes concerned citizens get the ball rolling on investigations. They take what they witnessed on the road to Finch or directly to Dombek, who is granted access to camera footage.

Finch says district buses have been equipped with cameras for years. However, only having a license plate number as proof of identity in most cases made it impossible to determine who was driving.

Dombek has helped close that loophole by conducting thorough investigations.
“We use the camera to determine the violation and license plate,” Dombek said. “There’s a lot of leg work involved. We have to determine who was driving because it might not be the licensed owner.”

Dombek says he and SROs at Seneca Intermediate and Salamanca High School “also follow buses around from time to time and issue citations that way.”

“The two biggest things are not stopping and passing,” Dombek said of the most common driver infractions. “People should be really cautious around busses altogether. If a bus driver puts on their yellow lights, you should be slowing down and ready to stop because the driver could put on their red lights at any time.”