"Offering students a platform to design collective displays and present their scientific research is paramount to the development of the next generation of Science & Technology leaders," said Superintendent Robert Breidenstein. "Out annual Fair is an integral component to our vision to establish a fully comprehensive and innovative STEAM educational program."

"It is very rewarding to see our students engaged in meaningful projects as we focus on community learning experiences in Salamanca," commented Deputy Superintendent and STEAM Fair judge Dr. Mark Beehler.

The amount of time that students and teachers spend preparing for science fairs varies widely, depending on how independent the students are, how much support they have at home and whether the project is elective or part of the classroom curriculum. After school, STEAM clubs meet once to twice a week for a couple of hours, and district officials estimate that in the fall and winter, they spend about 15 hours per month outside of class on particular activities, such as the STEAM Fair.

Mrs. Johnson has each of her eighth-grade students complete one STEAM project as part of their eighth-grade Science grade.  It keeps you sharp because you are learning," said Johnson.

"The student is educating you as a teacher, which I think is wonderful. They're getting to tell you their discoveries. The roles get reversed there; that's what I think is exciting for me."

This year's STEAM Fair contestants could choose a STEAM engineering project where they identify a problem/question and a solution to the query—or conduct a Science experiment,  research project, and presentation, like in previous years.

"Our academic community is a competitive bunch," commented Straus, "We introduced a new rubric, which broadened the scope of the STEAM fair to include engineering design and gave our proverbial STEAM athletes some exciting trophies and prizes tiers to work towards."

"It was a real pleasure to realize that it was quite the year to put all of this together and to the degree of excellence," said Jody Clark, Executive Director of the Western Door Community Development Corporation in Salamanca, NY, who also served as a judge in this year's STEAM Fair. 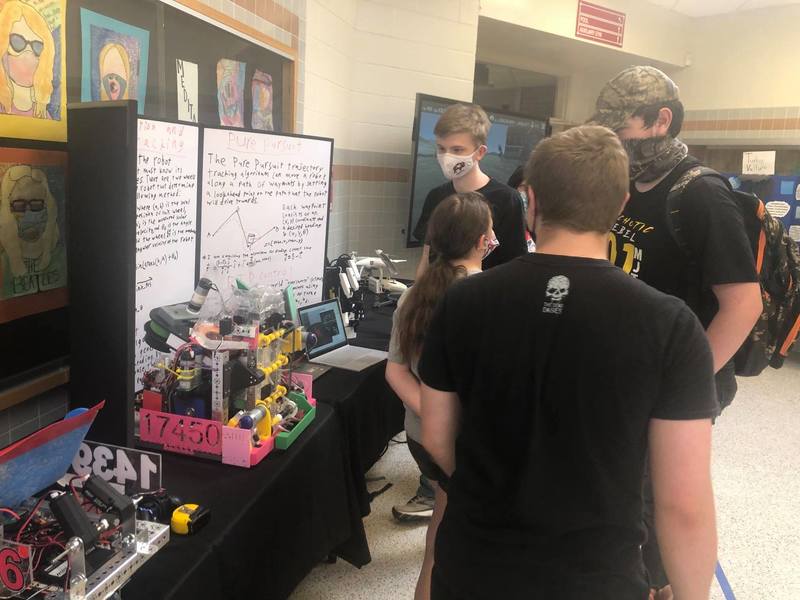 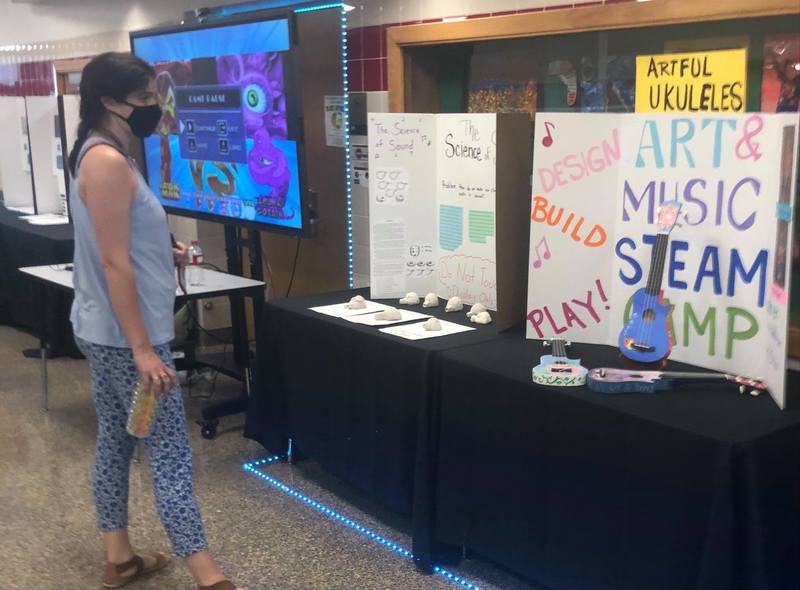